Wonderful and inspiring day.. I have learnt so much... Thank you for the opportunity to attend this amazing event. I found it both informative and inspiring... Dan Hughes was incredible (feedback from recent live stream conferences)

About the Centre for Child Mental Health

At the Centre for Child Mental Health we have experts in all aspects of mental health to support your CPD and training needs. We understand the challenging task of enabling troubled children and young people to thrive. Our experts are available to you through conferences, approved trainings or bespoke presentations at a venue of your choice. We entirely understand that it can seem like an uphill struggle when you are repeatedly met with a child’s real suffering, mental health problem or defensiveness, anger and deep mistrust. Our aim is to support you with vital skills, underpinned by the latest research from psychology and brain science. We look forward very much to your participation in our events and, as ever, we welcome your thoughts and suggestions.

Grow Your Skills with CPD

Our training days and accredited vocational courses are staffed by the most eminent trainers from here and abroad, carefully chosen for their ability to enable participants to feel deeply enthused and involved.

Our accredited vocational courses are staffed by the most eminent trainers from here and abroad, carefully chosen for their ability to enable participants to feel deeply enthused and involved.

Sir Richard Bowlby is an eminent lecturer on attachment theory and practice. He is Strategic Adviser to the Wave Trust and Patron of The Bowlby Centre for Attachment based Psychotherapy. After a career in medical and scientific photography Sir Richard has spent his time studying the work of his father, Sir John Bowlby, the pioneer researcher and founder of attachment theory. He lectures internationally on cutting edge advances in attachment theory for social change.  He is the author of Fifty Years of Attachment Theory: Recollections of Donald Winnicott and John Bowlby

Senior Fellow at Tavistock Relationships at the Tavistock Institute of Medical Psychology. Consultant in Psychology to The Bowlby Centre. Former Chair of the Society of Couple Psychoanalytic Psychotherapists. Series Co-Editor of  The Library of Couple and Family Psychoanalysis  and member of the Editorial Board of the journal Couple and Family Psychoanalysis. Trustee of the Freud Museum London and of Freud Museum Publications. History Consultant to the journal Attachment:  New Directions in Psychotherapy and Relational Psychoanalysis.  Worked for several years as Resident Psychotherapist on B.B.C. Radio 2 and as Spokesperson for the B.B.C. mental health campaign 'Life 2 Live'. Written or edited nine books. including the first biography of the psychoanalyst Donald Winnicott, (Gradiva Prize for Biography) Sex and the Psyche, Tea with Winnicott (chosen as one of the Guardian’s  'Books of the Year'). Lectured for B.A.F.T.A. (the British Academy of Film and Television Arts), BBC, the Criminal Bar Association, the Guildhall School of Music and Drama, the House of Commons and the House of Lords, the Royal Academy of Dramatic Art, the Royal Academy of Music, the Royal Courts of Justice, the Royal Opera House, Tate Modern, and the Wellcome Collection. 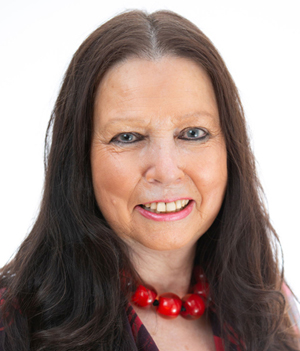 Read More
Don't Just Take it From us :)