BOOKINGS: Please purchase your place via the 'book now' link and we will send you full instructions on how to join the live stream. For any questions, please email: info@childmentalhealthcentre.org

This conference is all about empowering delegates with key knowledge, tools and techniques to help children and young people who have experienced physical and/or sexual abuse.

International guest presenter, Sasha Joseph Neulinger (US), who suffered violent sexual abuse from the age of four will present his award-winning film about his life with actual footage from his childhood. Delegates will be privileged to watch the film and then engage with Sasha in a Q&A afterwards (please see below for more details). Dr Valerie Sinason and Tracy Godfroy have both worked for years with people who have experienced the most horrific abuse as children. They will bring to the conference moving case material and decades of knowledge on the power of relationship to heal.

"Rewind is an unflinching personal narrative that reconstructs the unthinkable story of director Sasha Joseph Neulinger’s boyhood and bravely exposes the dynamics of abuse passed through generations." (2019 Tribeca Film Festival)

In his candid personal memoir, Sasha Joseph Neulinger revisits his childhood and the events that tore apart his seemingly-perfect world. For as long as Sasha can remember, his father was constantly filming - from birthday parties, to hockey games, to holidays. But his camera, trained on the frequent gatherings of a tight-knit family, was also documenting a hidden secret, the revelation of which would lead to a media firestorm, a high-stakes court battle, and a generational reckoning. Drawing upon an incredibly revealing home video archive, Neulinger revisits these events 20 years later to piece together an unflinching story of the cycles and consequences of sexual  abuse, to examine what it means to heal, and to use those experiences to effect positive change in the world. REWIND probes the gap between image and reality and proves just how little, and how much, a camera can capture.
More info: www.voiceforthekids.com/screen-rewind

Sasha Joseph Neulinger is the Founder and President of Voice For The Kids, and Co-founder and Head of Production at Step 1 Films. Sasha travels nationally as a public speaker, advocating for reforms in child advocacy and child abuse prevention. In 2015, Sasha presented at TEDxBozeman - his TED Talk, "Trauma Is Irreversible. How It Shapes Us Is Our Choice," has been viewed over a quarter of a million times to date, reaching survivors internationally. Sasha was Keynote Speaker at the 28th Annual Crimes Against Children Conference where he spoke to over 4,200 men and women representing all 50 states and 28 other nations in the ﬁght against child abuse, and in June 2018, Sasha had the honor of being the opening Plenary Speaker at the 2018 National Childrenʼs Alliance Leadership Conference in Washington, DC. In April, 2019, his autobiographical, feature length documentary, “REWIND,” had its world premiere at the 2019 Tribeca Film Festival where it received a special Jury Mention. REWIND had its US Television Premiere on May 11, part of PBS’ independent Lens Lineup, where the ﬁlm reached 280 million households nation wide. REWIND was nominated for a 2020 Critics Choice Award for Best First Feature Documentary.

Dr Valerie Sinason
Rising Up From Tangled Roots: The Consequences of Incest

Dr Valerie Sinason (PhD PGTC MACP M Inst Psychoanal) is a poet, writer, child psychotherapist and adult psychoanalyst. She was Founder Director of the Clinic for Dissociative Studies, until her retirement from long-term clinical work in December 2016. She is registered with the BPC, ACP and UKCP. Dr Sinason specialised in work with abused, abusing and dissociative patients, including those with a learning disability, and has been used as an expert witness in court cases. Dr Sinason currently retains a Consultant post at the CDS UK (Clinic for Dissociative Studies) which focuses on course development. She is Honorary Consultant Psychotherapist to the University of Cape Town’s Child Guidance Clinic. Dr Sinason is also president of the Institute of Psychotherapy and Disability, patron of the Dorchester Trust and the Centre for Action on Rape and Abuse, acting chair of trustees of the Nieu Bethesda Arts Foundation and a council member for Norwood. In April 2016, Dr Sinason was awarded a Lifetime Achievement Award by the ISSTD (International Society for the Study of Trauma and Dissociation). In 2017, she was made a Fellow of the ISSTD and in January 2019 she was elected to their Board of Directors. Dr Sinason’s extensive writing includes over 100 published, peer-reviewed papers. She has written over 20 books and lectures nationally and internationally. More details: www.valeriesinason.co.uk 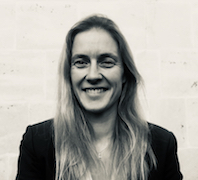 Tracy is an Integrative Child Psychotherapist and Clinical Supervisor with twenty years’ experience of working with traumatised children and adolescent clients and their families. She works at a therapeutic community for young girls aged between 9 and 18 years who have experienced backgrounds of severe trauma, abuse and neglect. She specialises in group and individual therapy with clients who have experienced complex trauma and interfamilial sexual abuse. She also works closely, where possible, with parents, carers and keyworkers as well as with the child. Within the therapeutic relationship she encourages the use of the arts as a medium for creative expression. Tracy was previously Head of Therapeutic Programme during which time she created and established the individual and therapeutic group work programme targeting areas such sexual abuse and exploitation, living with domestic violence, mental health and emotional well-being, assertiveness, sense of self, personal and cultural identity and raising self-esteem. She now provides clinical supervision and training to the staff and education team at the therapeutic school and community. She is based in Bath where she has a small private practice. She has completed courses and trainings in Child Development, Transactional Analysis, Counselling Skills in a Multi-Cultural setting, Group Analysis with IGA, Somatic Trauma Training with Babette Rothschild, Intensive Trauma Treatment with Bessel van der Kolk. She is currently working towards Certification as a Practitioner in DDP (Dyadic Developmental Psychotherapy).